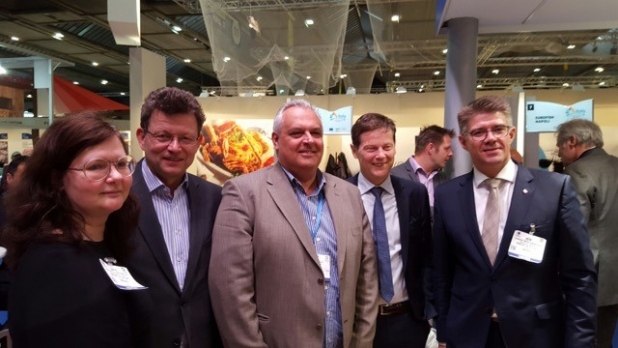 On April 26-28 of 2016, in Brussels was held exhibition Seafood Expo Global. This is the largest seafood exhibition , bringing together buyers, suppliers and companies from the processing industry. The event was attended representatives from Iceland: Mr. Gunnar Bragi Sveinsson- Minister of Agriculture and Fisheries of Iceland, Ms. Bergdís Ellertsdóttir- Ambassador of Iceland in Belgium, Mr. Thorsteinn Már Baldvinsson- CEO of the Icelandic Company Samherji, Mr. Xavier LeDuc- Honorary Consul of Iceland in Boulogne-sur-Mer and Mr. Boguslaw Szemioth- Honorary Consul of Iceland in Warsaw.